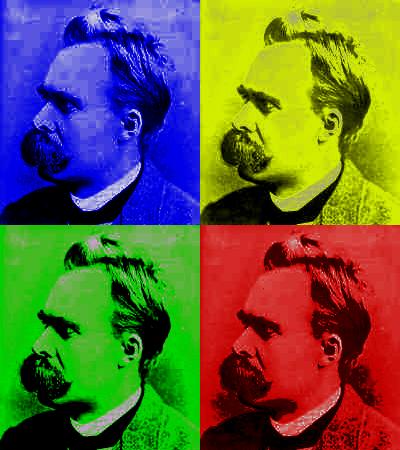 How to find your true self - Life lessons from Nietzsche

Have you ever wondered whether you should quit your job or strike out on your own? It's probably a feeling most of us can relate to - the feeling that you're not being fulfilled by your work, and yet you keep on doing it. You don't have a very good reason to keep on doing what you're doing, but you've also got into a habit and it would be hard work to change your routine now. Sound familiar? If so, let good old Freddy Nietzsche give you some career guidance. He was a 19th Century German philosopher who wrote passionately and with great intensity. He believed that it is easy to follow the herd and walk the path of least resistance, but that this would be a grave mistake.

Nietzsche's point was this: It is an unbelievable fact that you are alive at just this moment in time, and that you are as unique as you are. Do not shy away from your true self and resist the urge to travel your own path simply because you're not sure where it will take you. In order to live a meaningful life you must seize this brief window of your existence to follow your passions and sometimes that means doing things that are difficult and that no one else would do.

Here's what he had to say:

“A traveller, who had seen many countries, was asked what common attribute he had found among people. He answered: ’They have a tendency to sloth’.

Many may think that the fuller truth would have been: ’They are all timid’. They hide themselves behind ‘manners’ and ‘opinions’.

At bottom every man knows that he is a unique being, the like of which can appear only once on this earth. By no extraordinary chance will such a marvellous piece of diversity in unity, as he is, ever be put together a second time. He knows this, but hides it like a guilty secret. Why? From fear of his neighbour, who looks only for the latest conventionalities in him, and is wrapped up in them himself.

But what is it that forces the man to fear his neighbour, to think and act with his herd, and not seek his own joy?

Shyness, perhaps, in a few rare cases. But in the majority it is idleness - taking things easily. In a word, the ’tendency to sloth’, of which the traveller spoke. He was right People are more slothful than timid. Their greatest fear is the heavy burden that uncompromising honesty and nakedness of speech and action would lay on them.

It is only artists who hate this lazy wandering in borrowed manners and ill-fitting opinions. They discover the guilty secret of the bad conscience: the disowned truth that each human being is a unique marvel.

Artists show us how, even in every little movement of the muscles, a man is an individual self. And further - as an analytical deduction from his individuality - a beautiful and interesting object: a new and incredible phenomenon (as is every work of nature) that can never become tedious.

If a great thinker despises people, it is because they are lazy; they seem like broken bits of crockery, not worth mending.

The man who does not want to remain in the general mess, has only to stop ’taking things easy’. He needs to follow his conscience, which cries out: ‘Be yourself! The way you behave and think and desire at the moment - this is not you!'

Every youthful soul hears this cry day and night, and thrills to hear it. The soul guesses at a special quota of happiness that has been from eternity destined for it - if only it can find help to get there. But you cannot be helped towards your true happiness so long as you are bound by the chains of Opinion and of Fear.

And how comfortless and unmeaning life is without this deliverance! There is no more desolate or outcast creature in nature than the man who has broken away from his true genius and does nothing but peer aimlessly about.

There is no reason to attack, or criticise, such a man. He is a husk without a kernel; a painted cloth, tattered and sagging; a scarecrow ghost, that can rouse no fear, an certainly no pity.

The sluggard ‘kills time’. But an era that looks for salvation in public opinion - that is, in private laziness - should be ‘killed’, once and for all.

I mean that i will be blotted from life’s true History of Liberty. Later generations will be greatly disgusted, when they look back at a period ruled by shadow-men projected on the screen of public opinion. To some far posterity our age may well be the darkest chapter of history, the most unknown because the least human.

I have walked through the new streets of our cities, and thought how of all the dreadful houses that these gentlemen with their public opinion have built for themselves not a stone will remain in a hundred years. And the opinions of these busy masons may well have fallen along with the buildings.

Yet how full of hope should anyone be who feels they are not a citizen of this age! If they were a citizen, they would have to help with the work of ‘killing their time’, and they would - as citizens - perish with it. But someone who does not feel a citizen of this age might wish instead to bring to life a better time, and in that life themselves to live.

But even if the future offers us nothing to hope for, the wonderful fact of our existing at this present moment of time gives us the greatest encouragement to live after our own rule and measure. It is inexplicable that we should be living just today, though there has been an infinity of time in which we might have existed. We own nothing but a span’s length (‘a today’) in this infinity; we must reveal why we exist.

We have to answer for our existence to ourselves and will therefore be our own true pilots, and not admit that our existence is random or pointless.

One must take a bold and reckless way with the riddle [of life]; especially as the key is apt to be lost, however things turn out.

Why cling to your bit of earth, or your little business, or listen to what your neighbour says? It is so provincial to bring oneself to views which are no longer binding a couple of hundred miles away. East and West are signs that somebody chalks up to fool cowards like us.

‘I will make the attempt to gain freedom,’ says the youthful soul; ‘and will be hindered, just because two nations happen to hate each other and go to war, or because there is a sea between two parts of the earth, or a religion is taught in the vicinity, which did not exist two thousand years ago.

‘And this is not - you’ the soul says, ‘No one can build the bridge, over which you must cross the river of life, except you alone. There are paths and bridges and demi-gods without number, that will gladly carry you over, but only at the price of losing your own self: your self would have to be mortgaged and then lost.

‘There is one road along which no one can go, except you. Do not ask where it leads; go forward. Who was it that spoke these true words: “A man never rises higher than when he does not know where his road will take him”?'

How can we ‘find ourselves’ again? How can man ‘know himself’? He is a thing obscure and veiled. If the hare has seven skins, man can cast from him seventy times seven skins, and not be able to say: ‘Here you truly are; this skin is no more.'

Also this digging into one’s self, this straight, violent descent into the pit of one’s being, is a troublesome and dangerous business to start. You may easily take such hurt, that no doctor can heal you. And what is the point: since everything bears witness to our essence - our friendships and enmities, our looks and greetings, our memories and forgetfulnesses, our books and our writing!

This is the most effective way: let the growing soul look at life with the question: ‘What have you truly loved? What has drawn you upward, mastered and blessed you?'

Set up the things that you have honoured in front of you. Maybe they will reveal, in their being and their order, a law which is the fundamental law of your own self.

Compare these objects. Consider how one of them completes and broadens and transcends and explains another: how they form a ladder which all the time you have been climbing to find your true self.

For your true self does not lie deeply hidden within you. It is at an infinite height above you - at least , above what your commonly take to be yourself."

Are you living in a computer simulation? 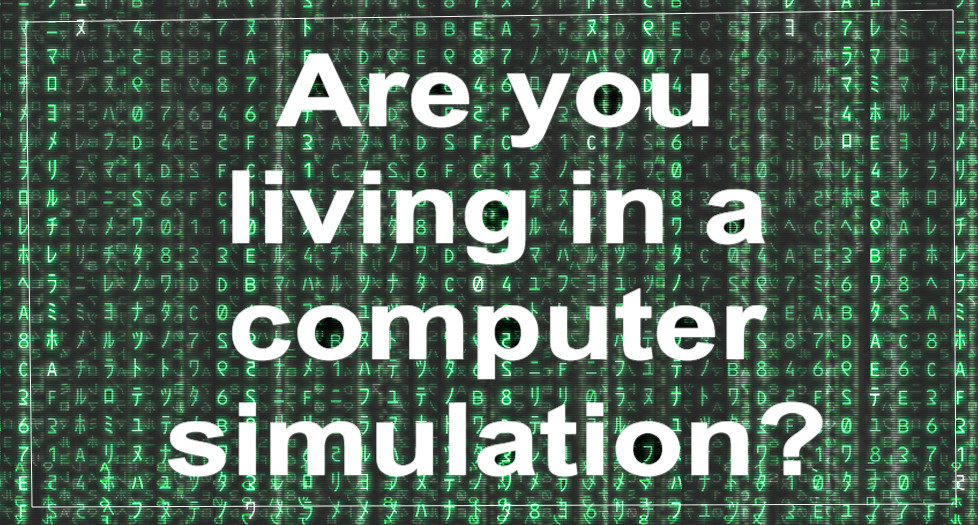